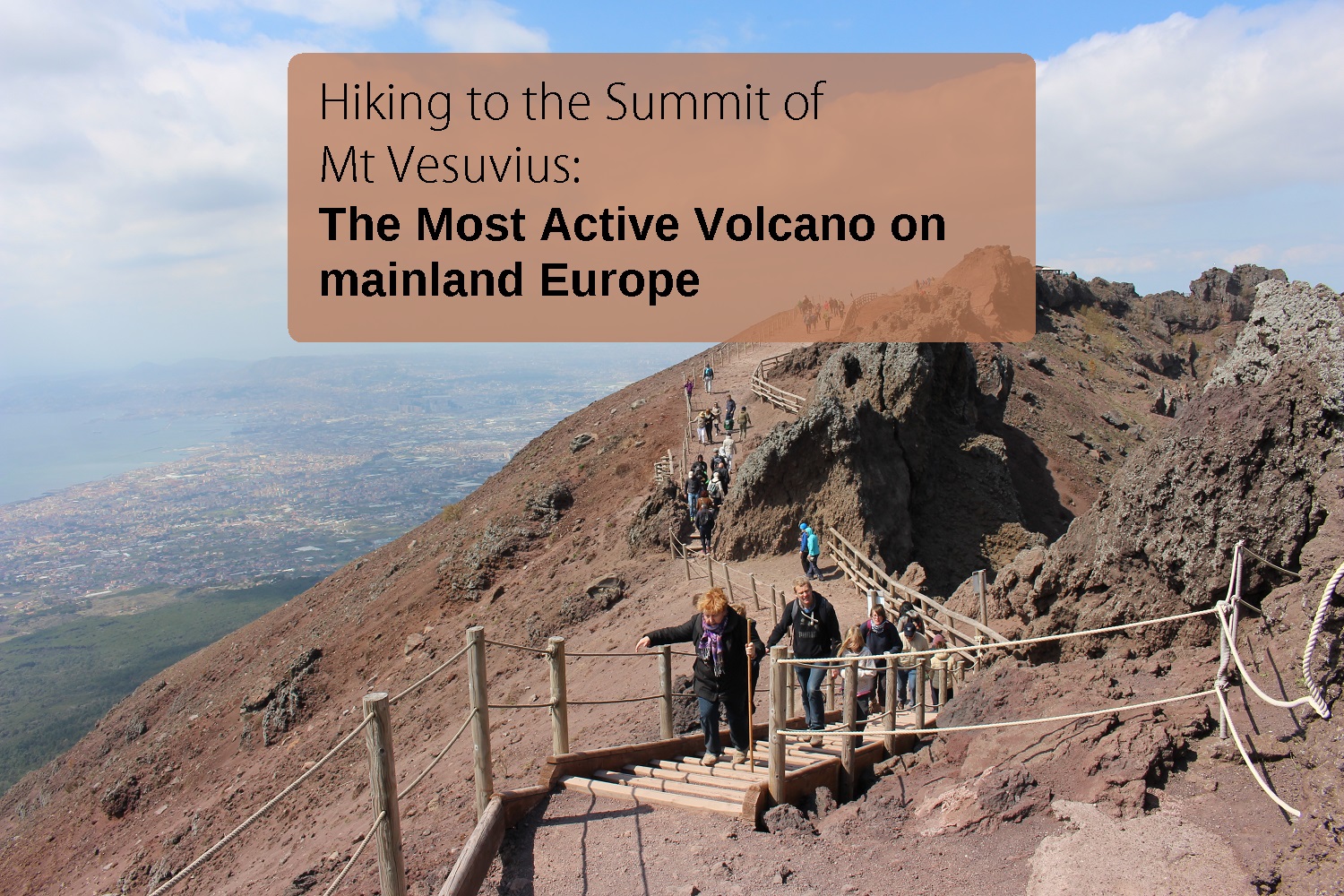 “What did you do last weekend?” “Oh you know, the usual, watched TV, went down the pub, hiked up a volcano.” 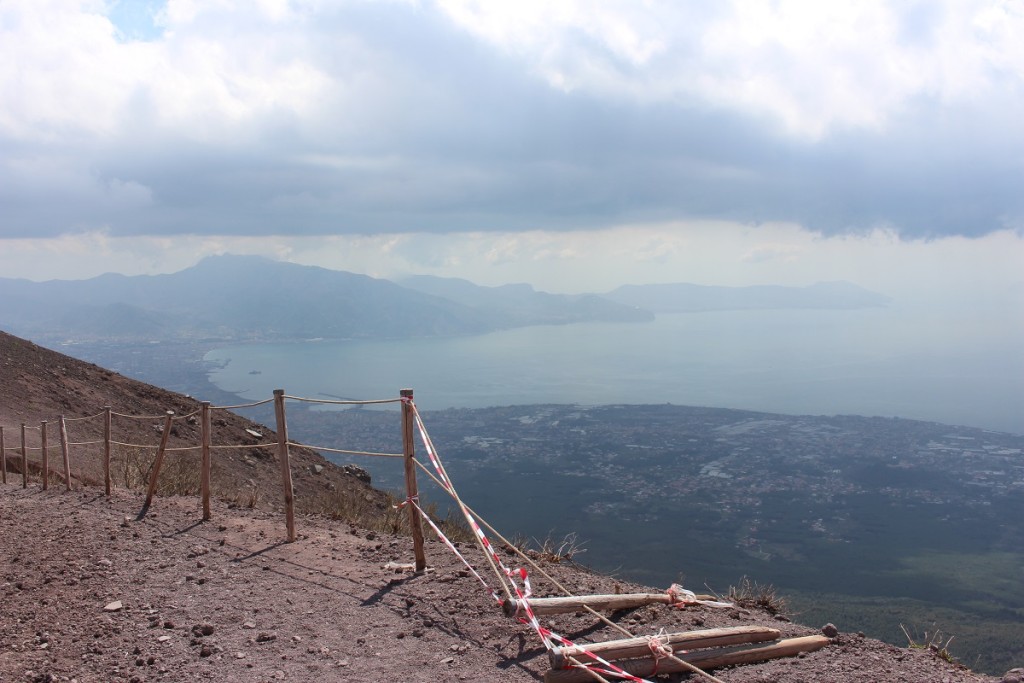 If you’re heading to Naples or around Campania, a great excursion is hiking up Mt Vesuvius. It makes a change from sunbathing on the beach or getting sweaty looking at old ruins. However, be prepared to be completely surrounded by like-minded tourists. The summit is even equipped with several cafes and tacky souvenir shops. 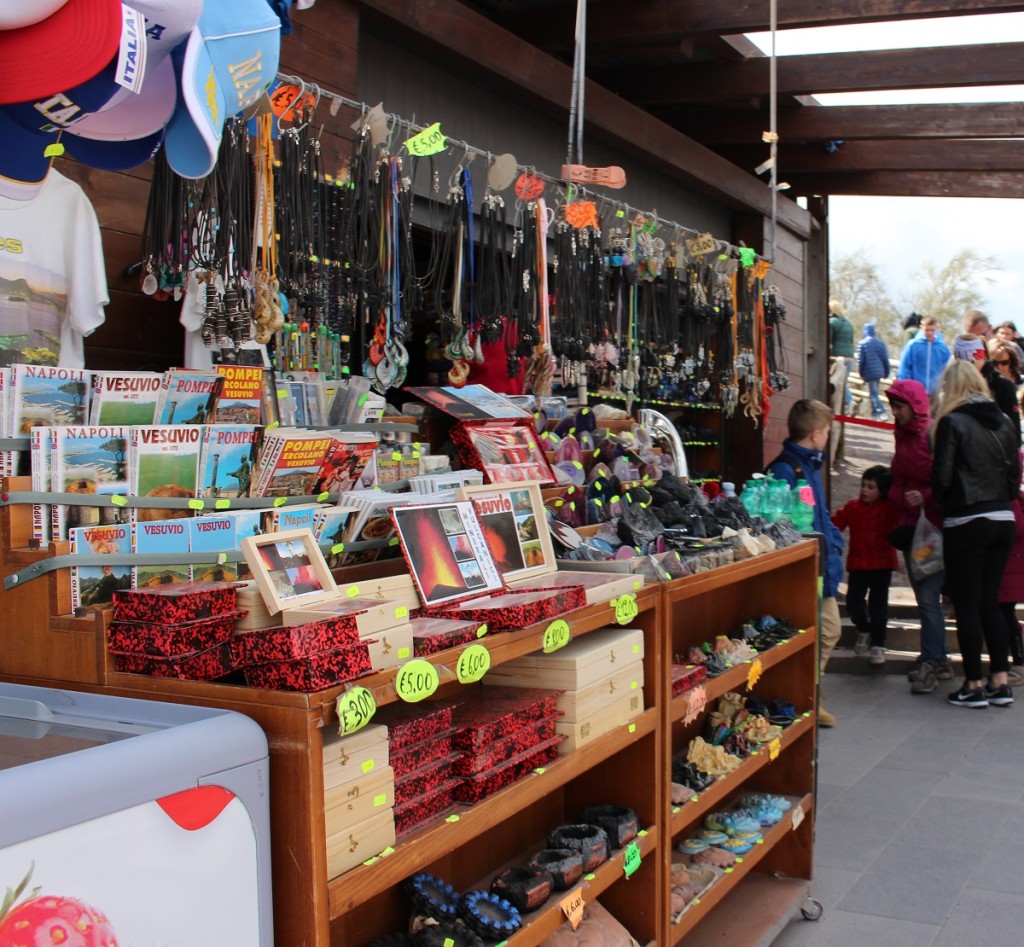 To start of P and I headed to Ercolano using the circumvesuviana. From Naples take the blue line in the direction of Sorrento. (Or take the super fast new train which I’ve heard is coming soon but will cost like 10x the price). 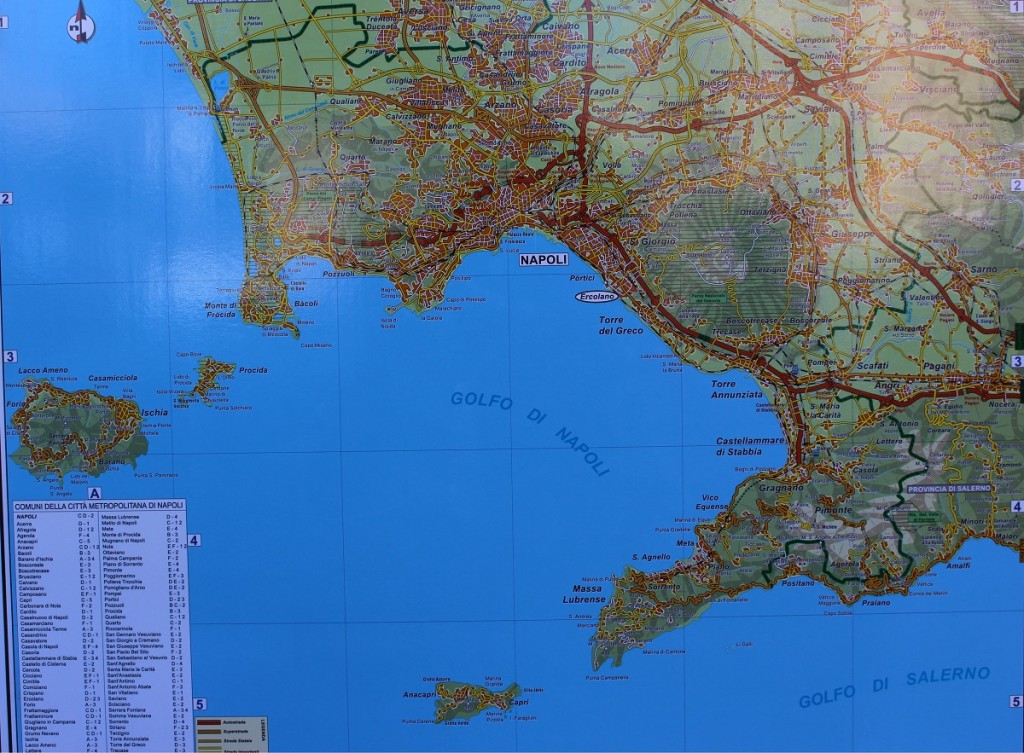 Outside the station in Ercolano there’s a massive poster and floods of people everywhere so it’s not at all difficult. We actually went in April so I can’t imagine how crowded it must get in the summer. To the left is a company called Vesuvio Express, who for the not-so-reasonable price of €20 (€10 for travel, €10 for entry) will collect you about an hour and a half after the time stamped on your ticket and after a ten or so minute bus trip you’ll be at the car park. The good thing is you don’t have to spend an age queuing for your entrance ticket as the guy from the company quickly goes and gets them. Then they wait about 90 minutes while you hike, which we found was only just enough time. P and I were the last ones back to the bus after racing back down the volcano. If you’re late, I guess they just leave without you and you have to walk all the way down and back into town. 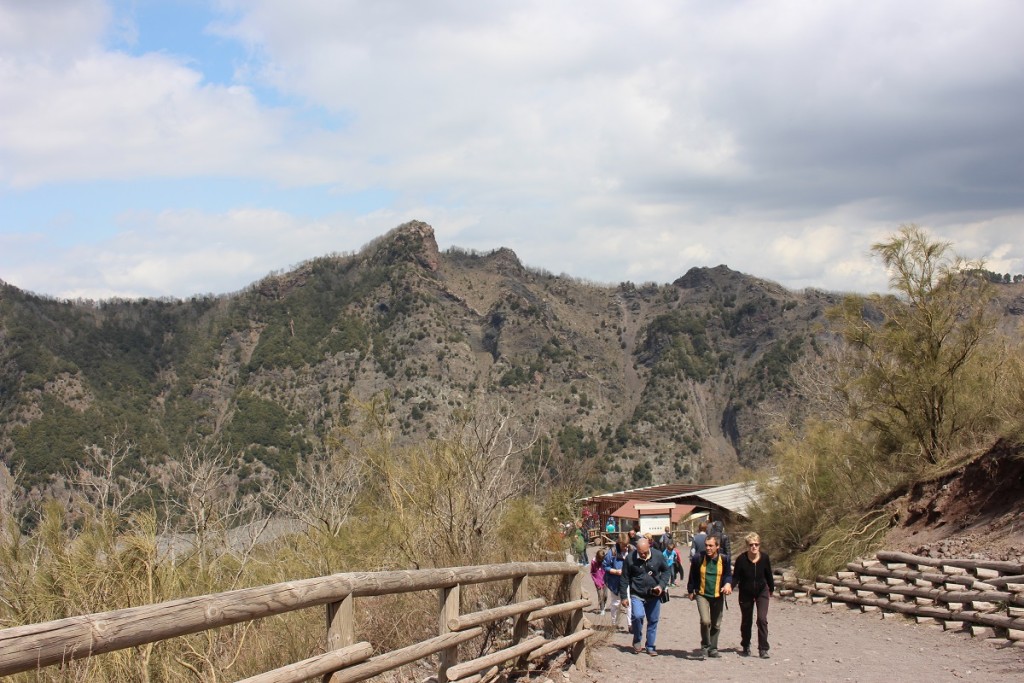 As for the hike from the car park to the summit, it wasn’t really a hike. It was slightly up hill but not exhaustingly. Some people actually had hiking sticks with them!! The only thing was the weather, it was so windy and bitterly cold up there, despite it being a beautiful, sunny day. Still, P and I had a lovely time wandering around and chatting. You can walk almost around the entire crater, but then for some reason they make you go back on yourself instead of just looping round. I’m taking a guess here but I’m sure it’s so if the cafes and souvenir shops didn’t get you the first time, maybe they’ll get you the second. At the last shop on the trail you can even buy a plastic cup of wine on tap! Though to be fair the price was pretty good, maybe €2 a cup. Pack your own food though because sandwiches etc will set you back €6-€10. 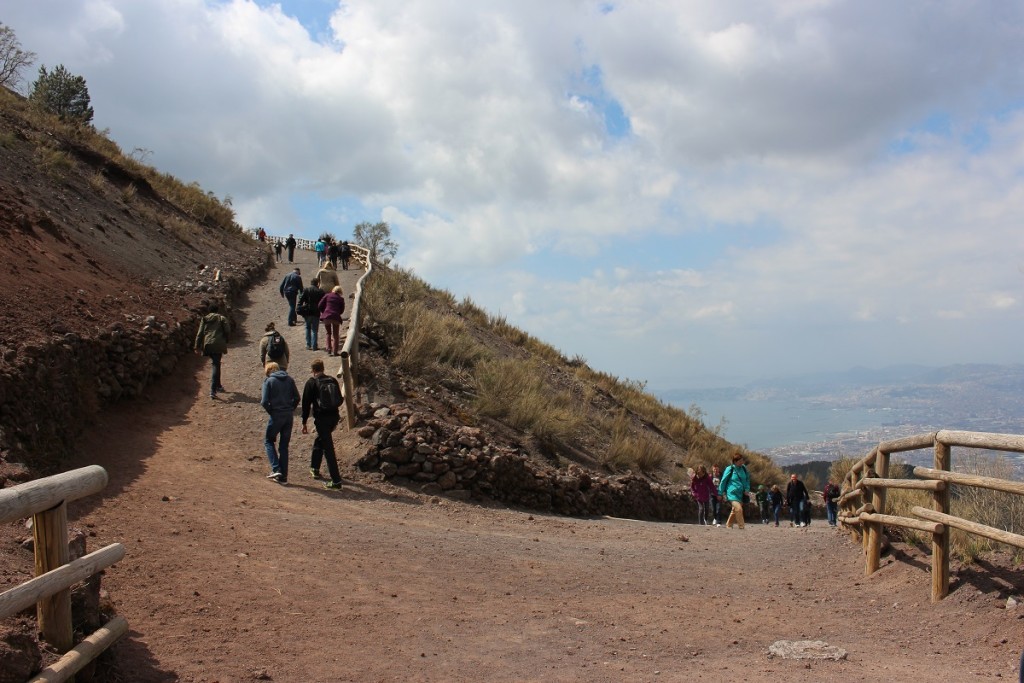 The views were great, I’d definitely recommend the excursion although it might be better if you drive yourself (save yourself an hour an half or more waiting around for the bus driver to finish his espresso or whatever he was doing). When we returned to Erolano we had a little walk around the town, which was much better equipped with restaurants etc than our tiny little Somma Vesuviana. We stopped for a pizza but I was pretty appalled that the entire restaurant didn’t have any basil. What’s a margherita without any basil?! Still went down great with a beer though. 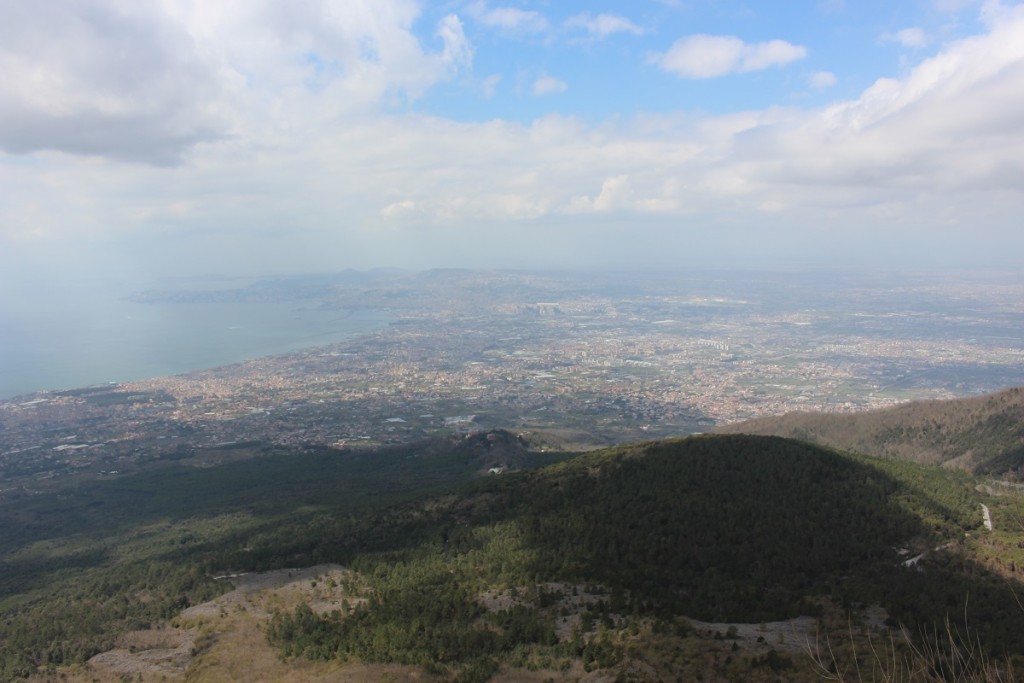 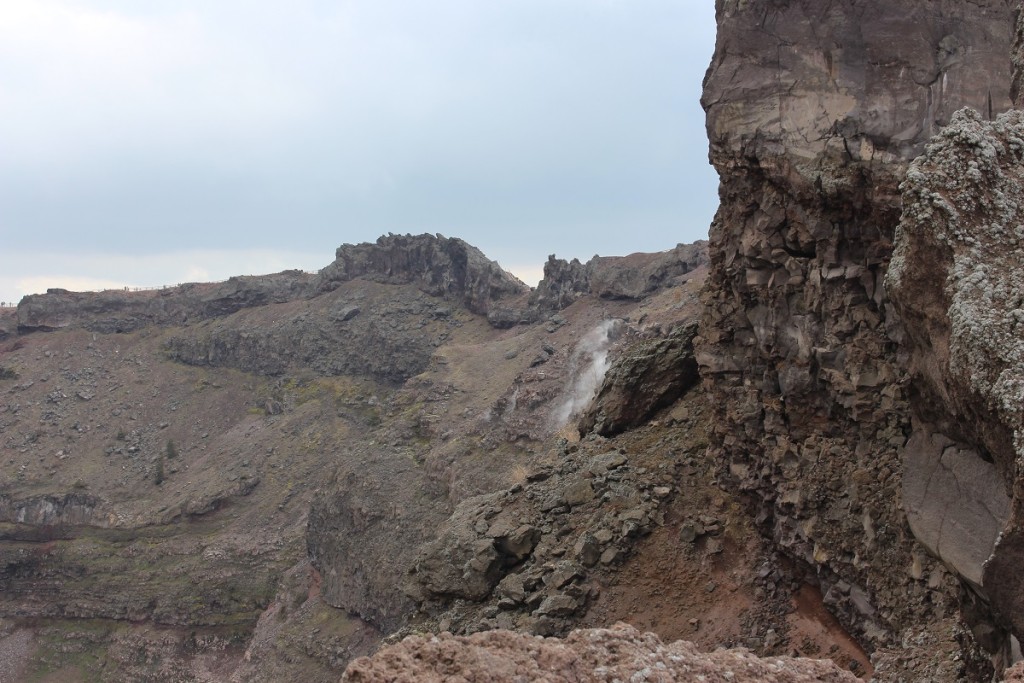 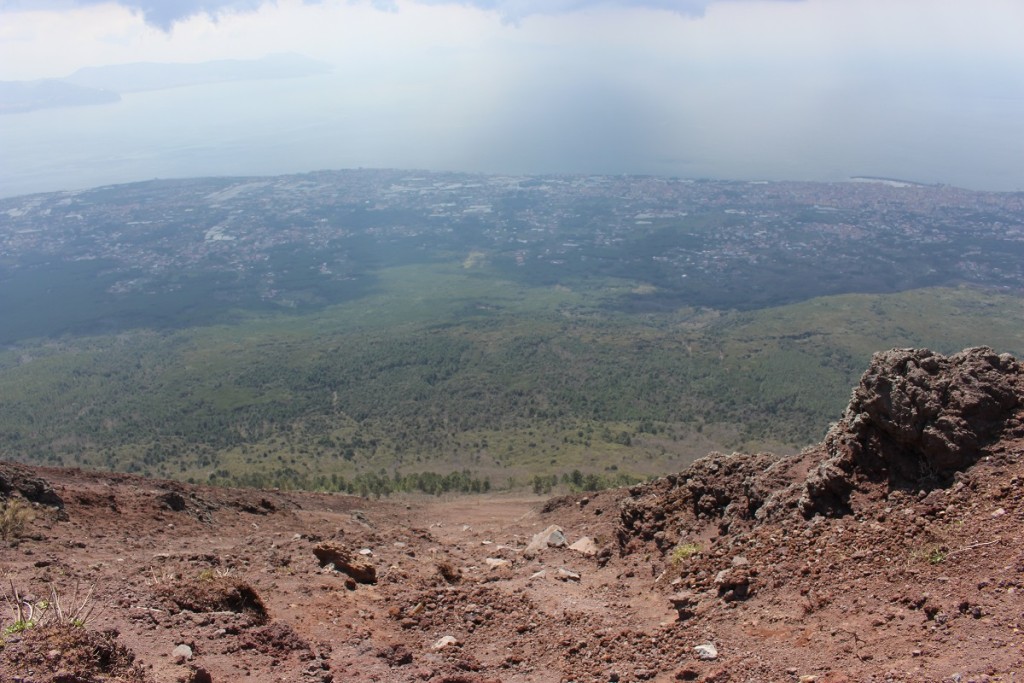 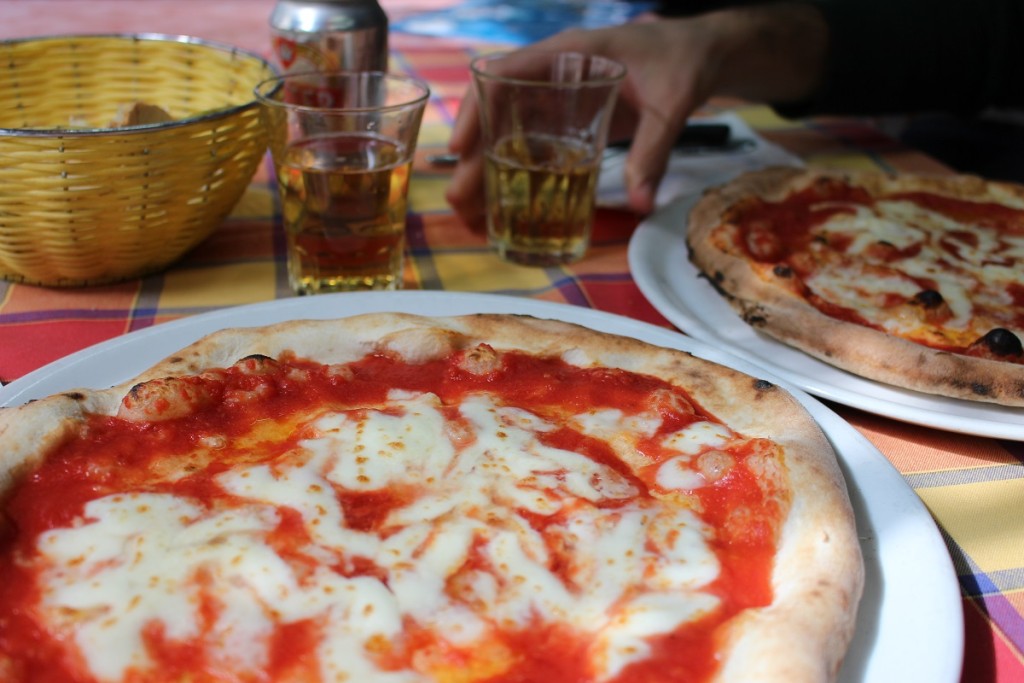 The fantastic ruins of Herculaneum are also situated in Ercolano, about a 5 minute walk from the station down one straight road, so if you’re short for time it makes sense to do both in one day. The ruins there aren’t of the same magnitude as Pompei, but in April the weather was sunny and cool and there were hardly any tourists there. 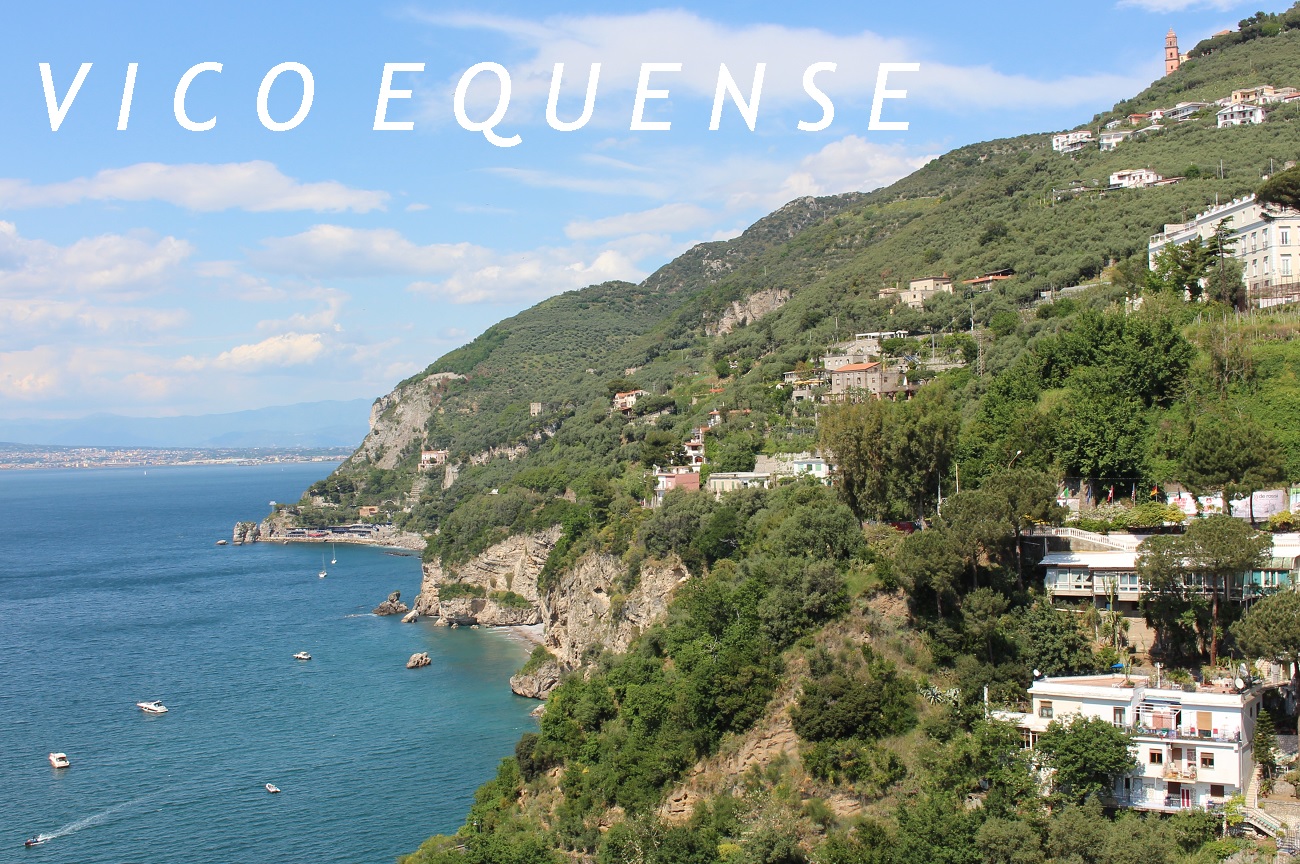 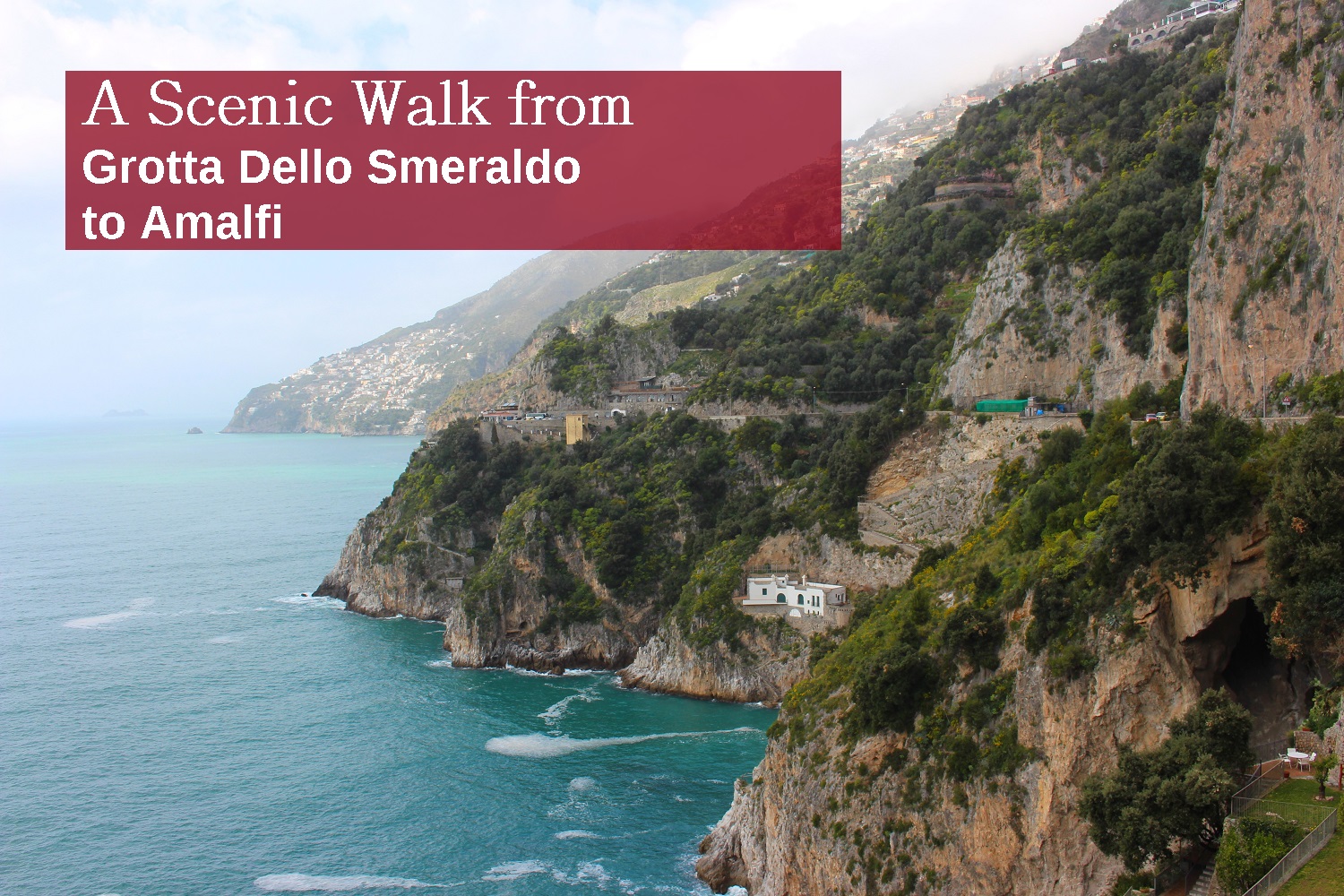 A Scenic Walk from Grotta Dello Smeraldo to Amalfi