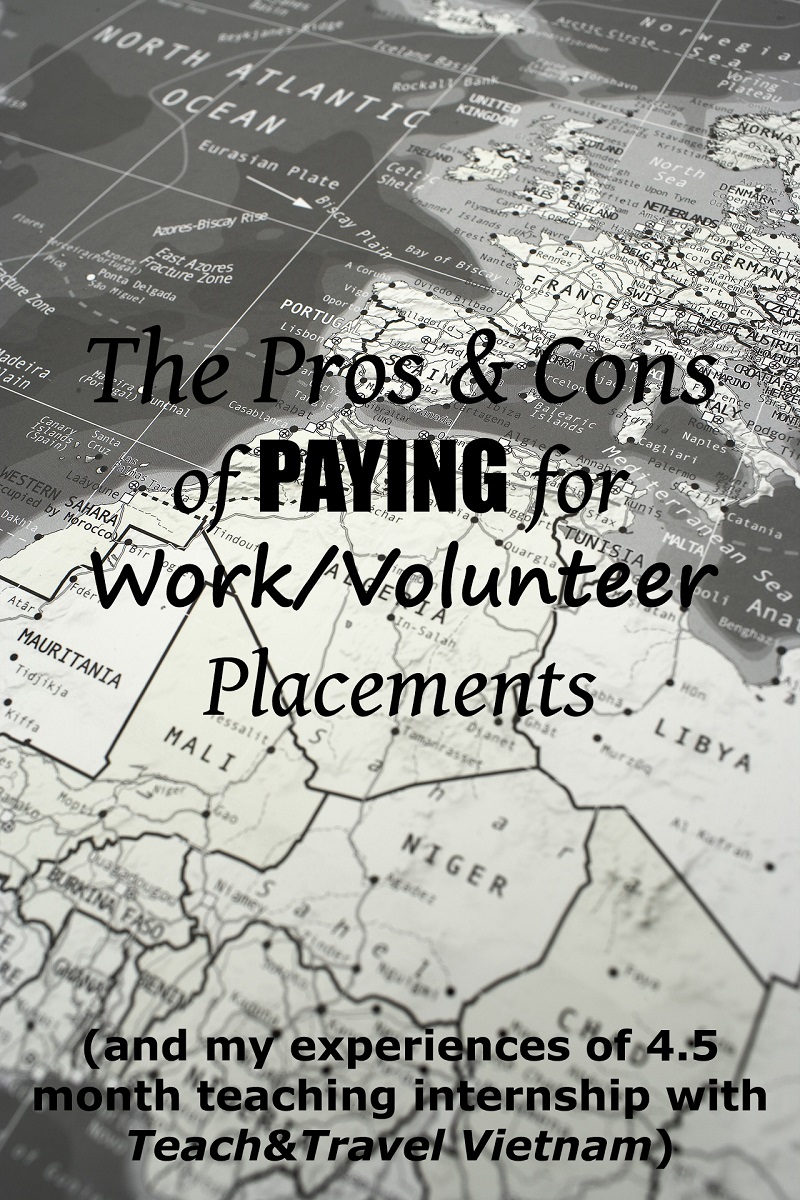 So, you want to travel abroad- maybe to volunteer, maybe for work experience, but you don’t know where to start. Companies or for-profit charities can be a good way of leaving your daily mundane life, and taking the first step out into the world. However, is it really worth to pay thousands of pounds in exchange for experience? This is what this post hopes to find out!

They sort everything out and it’s a safer option for travel scaredy-cats.

This has to be the main reason why you’d opt for paying for one of these placement services rather than just arranging it yourself. I paid around $900 (£550) for a 4.5 month internship, teaching English in Vietnam.

It was my first solo trip abroad (I was 19 at the time), and since I didn’t have enough money to go and backpack around South-East Asia, I needed to work. I had also just dropped out of university, so I wanted to do something that would look good on my CV and help in the future. Well, this placement was exactly that.

After I completed my 120 hour online TEFL certification (Teaching English as a Foreign Language), I paid the extra to put it to practice in the real world. If I had tried to find work straight away, I probably wouldn’t have found much success because teaching positions require experience.

So, Teach & Travel Vietnam, partners with I:toI:TEFL, arranged absolutely everything (except my flights). All the interns arrived together, so I actually met a lot of them on the stop over in Dubai. They picked us up at the airport and took us to campus where we’d do a week of training before getting put in a school etc.

This week was great because I felt very safe and culture shock was put on hold as it felt more like a school trip than the beginning of a move to South-East Asia. We went to class in the day and got taken to restaurants and bars at night. They also gave us some Vietnamese lessons.

When the week ended, we were told who was going where. I was off to Hanoi with about 13 others. The company arranged the flights (and paid for them). Everything they were giving me and helping me with really felt worth the placement fee costs.

In Hanoi they passed us to a 4th party organisation who ran a kind of teachers agency. They’d put teachers into various public schools across the city. While the idea was good, we did run into lots of problems, like with transport to and from the schools, or problems with the teaching assistants they were providing. But they worked night and day to resolve issues- basically they provided 24 hour support. Me and my wonderful friend and colleague Andy got horrifically drunk and lost- I called our boss and he somehow found where we were despite my terrible descriptions and got us a taxi back home. They even had a guard who sat outside our apartment literally all the time.

Then, when I had some problems with some of the teachers in one of my schools (they didn’t like the idea of teaching in fun and interesting ways and wanted the class to study in silence doing exercises from books… the kids were about 7 years old…) I started to hate going to the school because I felt at a loss of what I could do. I’d spend hours planning lessons which I felt satisfy everyone’s needs but ten minutes in the principle would come in and shout at us all. I had a meeting with management of the company and they contacted Teach & Travel Vietnam, and together we decided to move me to a new placement. They arranged (and paid) for flights back to Saigon and I was met by my new manager and colleagues and very welcomed into my new home and workplace.

The monthly salary (if you even get one)

This caused quite a bit of conflict within the company, since they had English teachers from all over, we soon found out what we could be earning if we weren’t “interns”. Regular teachers working in the same schools as us, but who had just come directly to the agency, were earning about three or four times as much as we were. The agency also supported them just as much, as a happy teacher means a happy school and it’s win win. They also had free accommodation, visas paid for, even a free motorbike!

I remember going to a house party in Saigon (the expat community there is HUGE) and I was overwhelmed by the fact that we were the only ones who had paid to be there. I knew I’d never pay for another placement service like this again.

And yet I see them EVERYWHERE: teach in Thailand for 6 months for £1500, work in Australia dream job as a waitress for 4 months, £600. I even saw ones which were essentially au-pair jobs (generally living with a family and helping with the house and kids), but the company organised finding a host family for you- and charged hundreds of pounds for it and didn’t offer a wage! I can’t believe people would go for that!

Then- the one that made me write this post, was a volunteer experience teaching English in Maldives. They charge from $1600 (£980) for 4 weeks up to $3400 (£2090) for 12 weeks/3 months. So, a person like me coming to volunteer will actually pay almost the same per month as I receive in monthly wages. Yes, this volunteering charity provides accommodation for free, so does my job! Yes, it offers 24 hour support, but I feel just as supported by my employers. They have been there for me no matter what, they even went down the police station and answered questions when one of our colleagues (accidentally) got arrested. In addition, my employers reimburse flight tickets, something most placement services do not.

But, there is one thing that this volunteering charity does that a regular school or language centre doesn’t: it’s not-for-profit. It claims that 45% of the placement fee goes directly to the island (for what, I’m not entirely sure). Still, it’s true that there are islands here that are in need of English teachers and simply cannot afford to pay one. So if you have the money and want to do a good thing, I’d say volunteering for a not-for-profit company fits the bill. I’m actually signed up to volunteer with Agape-Volunteers next year to teach English in Africa- however the placement fee is incredibly cheap, and is really only necessary to pay for your board and food, not for the experience itself.

However, volunteering or indeed working for a for-profit company is an entirely different ballgame. These are companies like Go Abroad, Volunteer Base Camp, and any company that screams to teens going on gap years: Year Out Group, Journeys Are Made, Real Gap Experience and Frontier.

Although these companies will help local communities, support you and pick you up at the airport… instead of paying £600 to volunteer in Cambodia for 2 weeks, where a lot of that money will go to the other needs of the company, you could have taken that £600 and volunteered with not-for-profit charities for far longer than 2 weeks- I mean £600 corr, that’s accommodation and food for at least 2 months in somewhere like Cambodia or Thailand. These kinds of placements are much easier to find once you’re in the country, but a couple I’ve come across are New Hope Cambodia and Volunteer Work Thailand, not to mention sites like HelpX and Workaway which unite volunteers with host families across the globe, to exchange a few hours work for board and food, There’s also a bunch of sites like Work in Hostels which help you to find work abroad, as the title suggets, in hostels and hotels.

The other thing you should consider is if a short stay of a matter of weeks is really going to do much for the local community. I’ve been reading so much about the damages of voluntourism, so don’t forget about the psychological impact on the local people (especially the children) on having so many Westerners come and go.

Some very interesting posts on voluntourism…

The Problem With Little White Girls, Boys and Voluntourism

Gap Years: Voluntourism – who are you helping?

Anyway, it’s not all bad for voluntourism, and you can find lots of articles on the internet exploring all the wonderful things that volunteering has on communities (which is why I decided I will volunteer in Africa).

The important thing to remember is why you want this travelling experience, whether it’s working or volunteering. Paying for my “internship” in Vietnam was the best thing I ever did because without it, I wouldn’t have been offered this position in Maldives. They said both my experience in teaching as well as of living in Asia were crucial in their decision to hire me. They could trust me that I was ready for a move to Maldives and wouldn’t leave before my contract was up. Now my experience here has paved the way to my job offer in Italy. After that, I’ll have 2 years of teaching experience, will have lived and worked in 3 countries over a span of 3 years and I’ll only be 22 years old. Woah, I just had to re-read that sentence!

Now I’m at the stage where packing in a rush the night before or on the morning, exploring airports to find where my flight is taking off, letting go of English ways (all except a good cup of tea), getting lost, dragging my heavy luggage across countries, the first mouthful of a traditional dish, sleeping alone on an overnight train, or in hostels, meeting locals and fellow travelers and everything that comes with travelling abroad, are what makes up my exhilarating life. To me, a life without travel is like a room without windows. I hope anyone reading this and thinking about going off and out into the world will decide to go and do it, despite what anyone else says, whether it’s rational, feasible, sensible, or not.. go and chase the sunset. 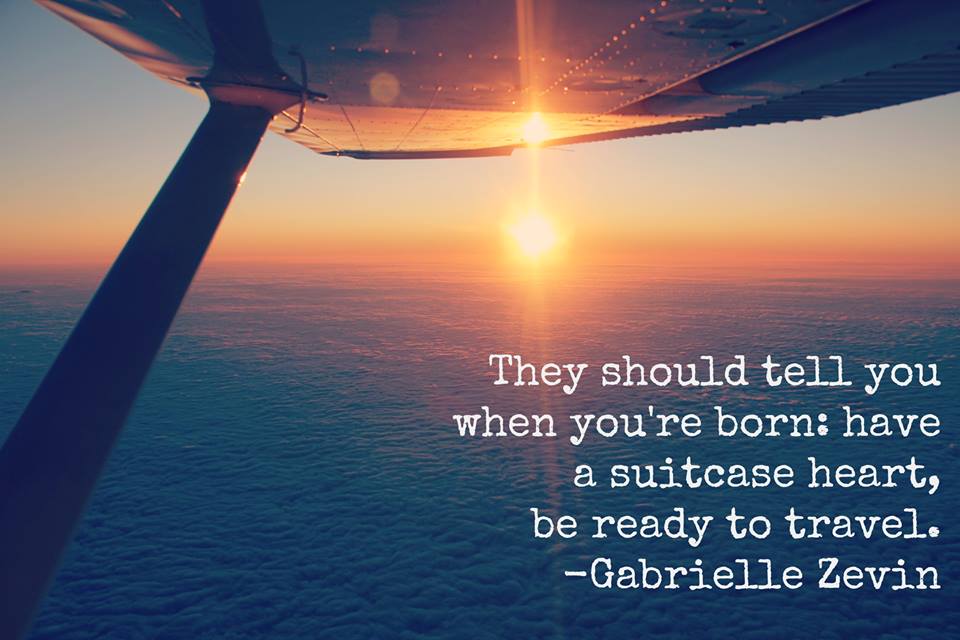 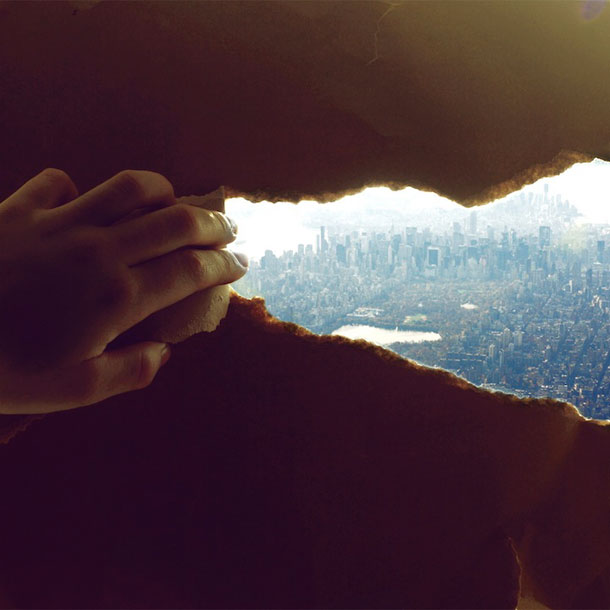 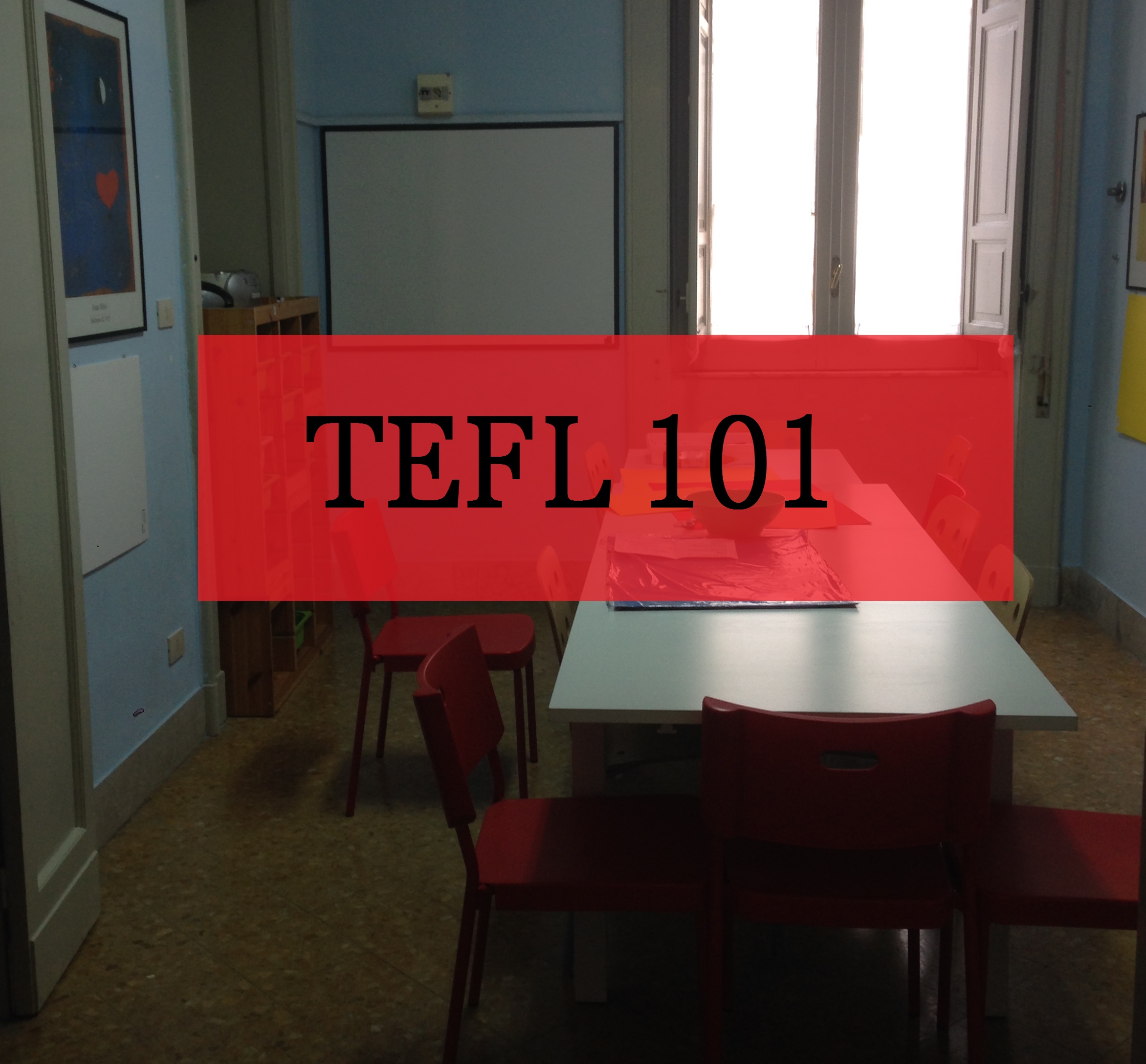 TEFL Teaching English Abroad- Where Do I Start? 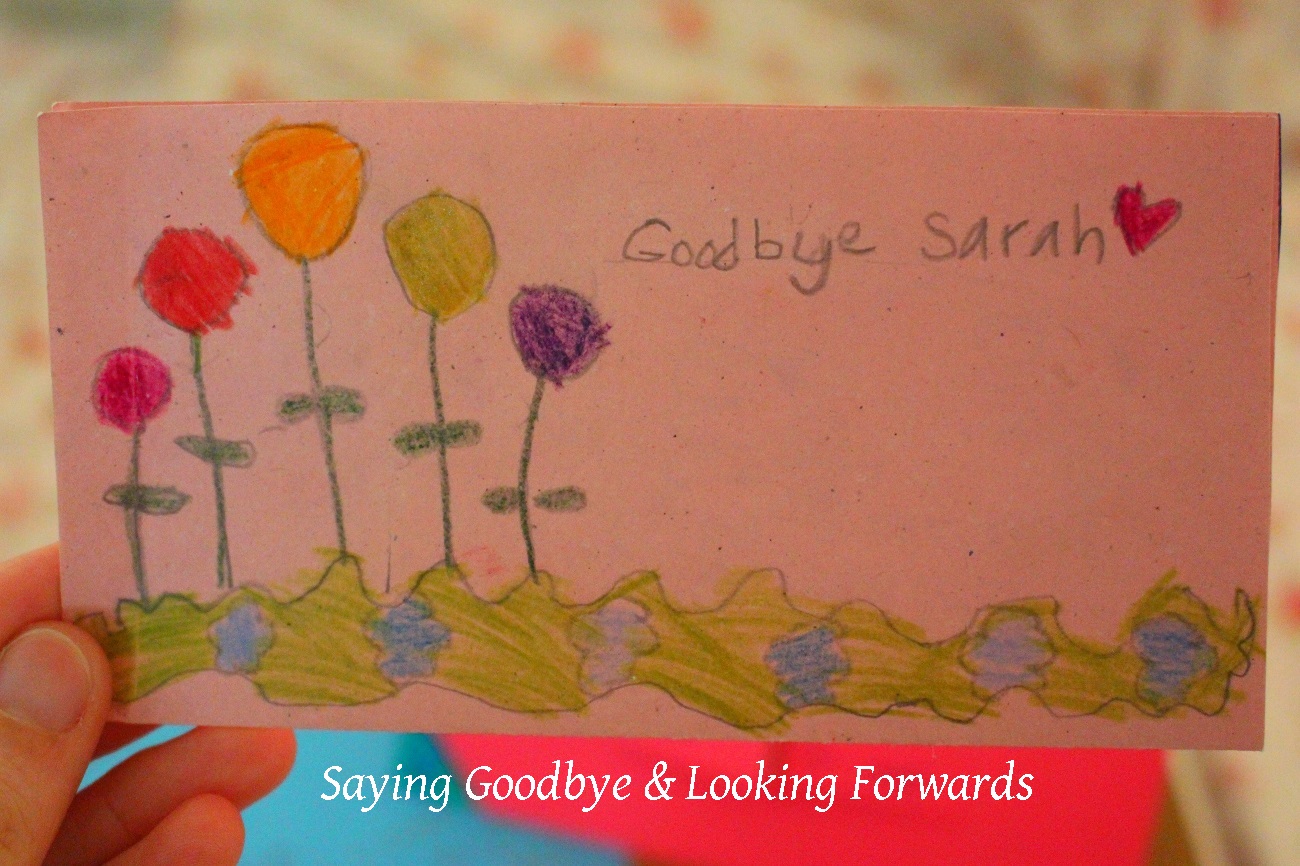 The End of the School Contract, Saying Goodbye & Looking Forwards 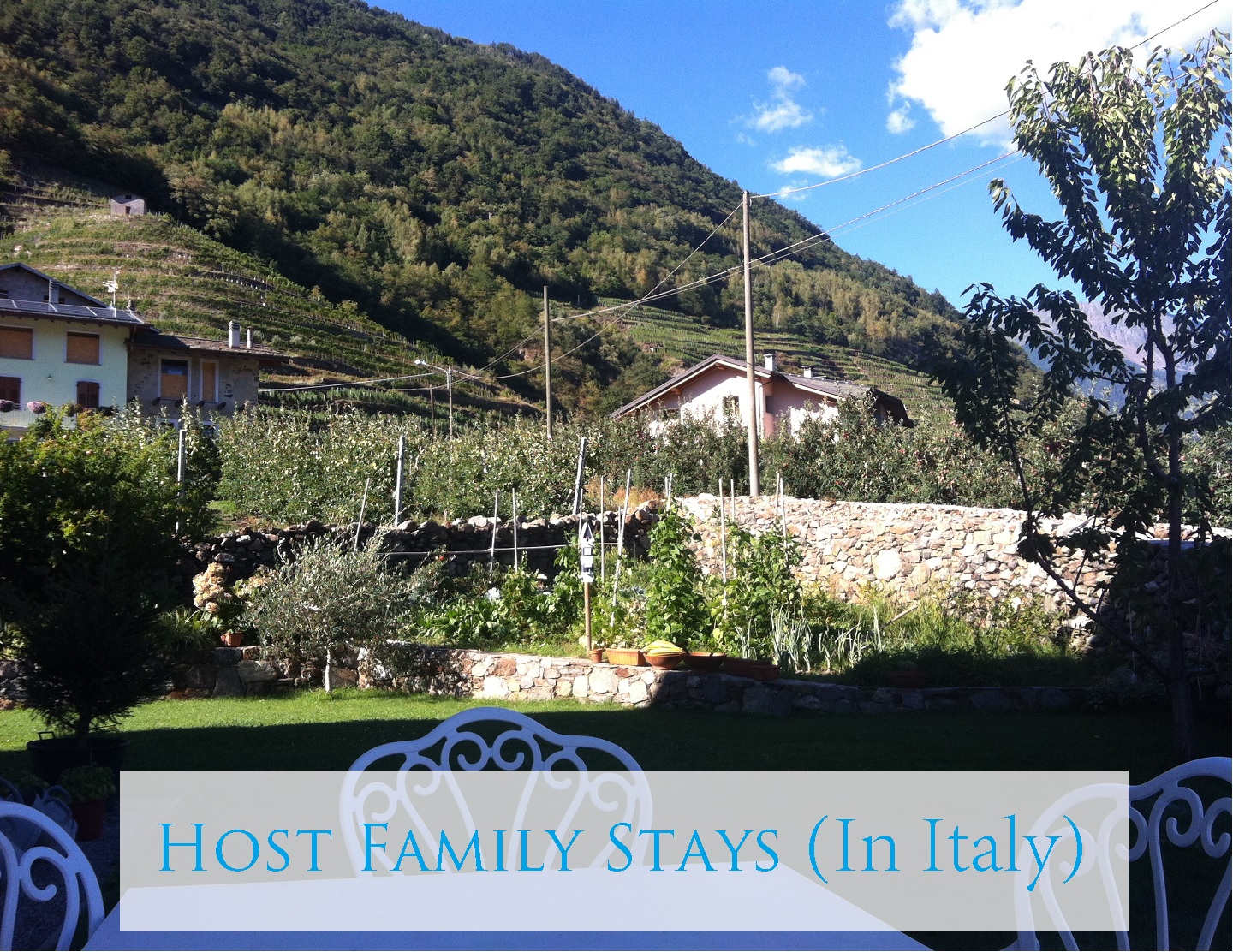 Host Family Stays (In Italy) – What to Expect